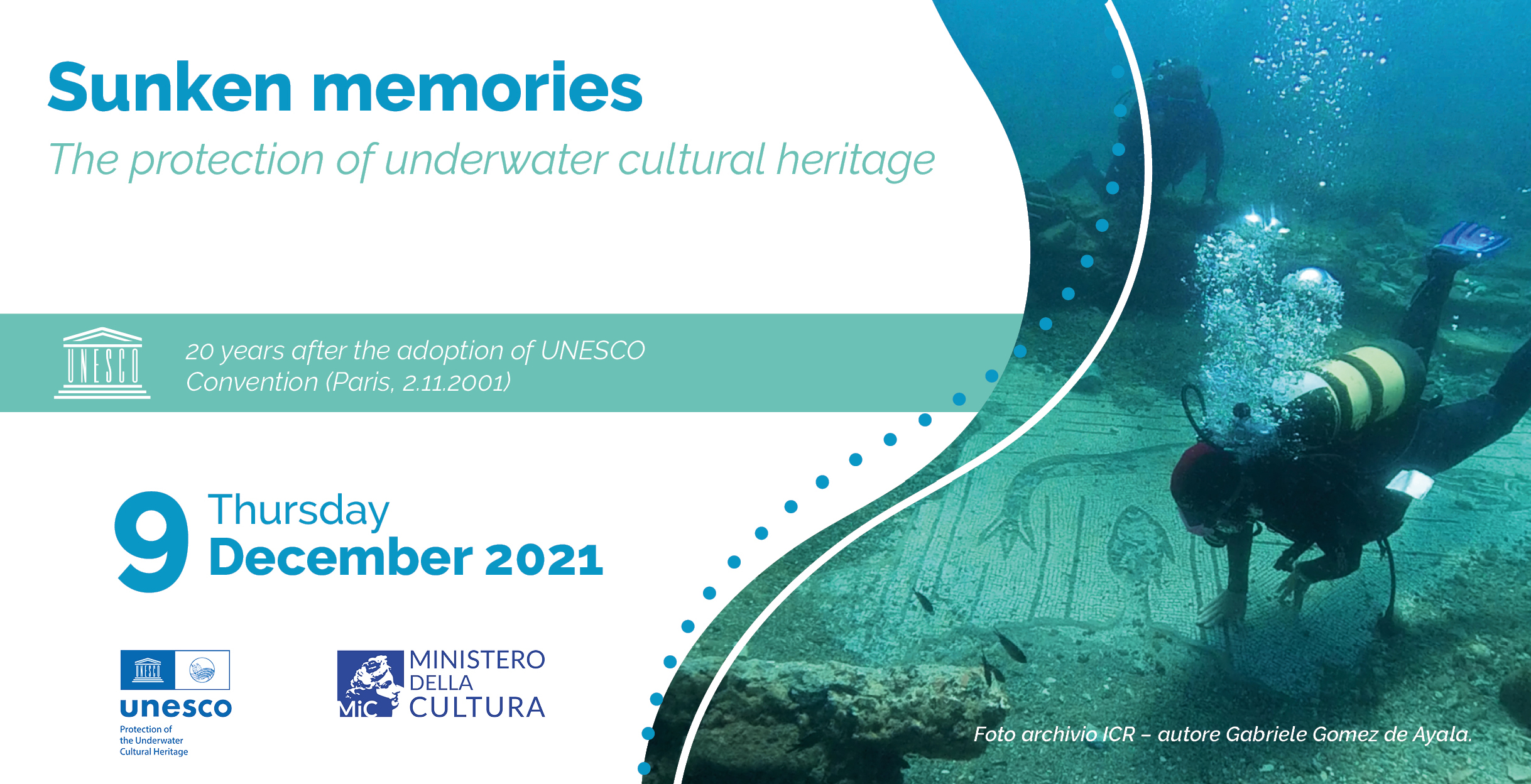 Sunken Memories. The Protection of UCH

International Conference
on the occasion of the
20th Anniversary of the 2001 Convention on the Protection of the Underwater Cultural Heritage
Rome – Ministry of Culture
9th December 2021
9:30 AM – 4:30 PM

On 2 November 2021, the international community celebrates the 20th anniversary of the adoption of UNESCO Convention on the Protection of the Underwater Cultural Heritage, the important legal instrument that has brought the importance of humanity’s submerged legacy to international attention, taking a considerable step further the principles sketched out in the United Nations Convention on the Law of the Sea.
Italy played a significant role in the birth of this Convention, not only by its active role in its drafting, but also by its contribution to the development of modern underwater archaeology in the second half of the twentieth century. The 20th anniversary of the Convention provides thus an opportunity to make an initial assessment of the effectiveness of its application, also looking at the example of Italy and taking into consideration the limits and challenges States face at the moment of the launch of the UN Decade of Ocean Science for Sustainable Development (2021-2030). The Conference will thus in particular debate the role of underwater cultural heritage for the sustainable development of the ocean and the important place culture and heritage should play in the Decade.
The year 2021 also marks the start of the next phase in the life of the 2001 Convention thanks to the start of the first multi-lateral cooperation process for the protection of an underwater cultural heritage area in international waters, the Skerki Bank in the Strait of Sicily, through the initiative of Italy. This bank is emblematic for its rich heritage, which has preserved a place of memory of the Mediterranean history for centuries, from Roman times to the present day.

To register for this event please visit the following URL: https://www.oceandecadeheritage.org/wp-content/uploads/2021/11/Sunken_Memories.pdf →