The Arctic Ocean Decade Policy-Business-Science-Dialogue workshop was held as a one day workshop at the Arctic Frontiers conference in Tromsø, Norway. The purpose of the workshop was to provide opportunities to discuss, prioritize and formulate proposals for Arctic initiatives in preparation for the UN Decade (2021-2030). A second regional Arctic Ocean planning workshop will be held in Copenhagen in May 2020. I attended the workshop as a representative for ODHN and the NTNU University Museum.

After welcoming statements and opening remarks from the organizers (Vladimir Ryabinin, Executive Secretary of the Intergovernmental Oceanographic Commission of UNESCO was one of the keynote speakers), the participants were split into working groups to discuss three topics introduced by keynotes: 1) A clean, healthy and resilient Arctic ocean, 2) A predicted ocean and 3) A sustainably harvested and productive ocean. The organizers had done a great job in ensuring diverse backgrounds and expertise in each group, and the discussions were lively and enthusiastic. Recurring themes were policy and science, and dominantly the discussions focused on governance and ecosystem knowledge gaps. In my group, chaired by Elizabeth McLanahan from NOAA, it was not difficult however to argue for the relevance and even importance of Arctic cultural heritage for the upcoming Ocean Decade. Shipwrecks in the Arctic, often occurring along the ice edge and in deeper waters, have great potentials as data points for many scientific fields – representing time series well beyond the range of traditional scientific measurements in the area. Also, the ability of archaeology to directly connect human identity with areas that for most of the general public are extremely remote, was recognized in the group as valuable for shortening mental distances, creating awareness and promoting ocean literacy. A dimension that I felt was largely absent from the discussions was the very rapidly developing Arctic technologies (under ice robotics, drones etc.) that are game changers for observation, monitoring and interdisciplinary research in these harsh environments. Unfortunately, also the business-side was under-represented at the workshop. The need for cross sectoral partnership was emphasised repeatedly, and a stronger presence from all stakeholders would perhaps better have guided discussions towards the important questions of how we can join forces to meet the ambitious goals that are being set for the upcoming Decade.

I think it is safe to say that the workshop was a success, and that a solid foundation was laid for further discussions at the workshop that will follow in Copenhagen in May.

Ocean Decade Heritage Network @DecadeHeritage
02/25/2021 at 8:24am
Food for thought: a short report on a panel discussion on inclusion in the UN Decade of Ocean Science @IocUnesco at the Society for Historical Archaeology’s Conference @SHA_org. What do we want our field to look like in 10 years? https://t.co/j0acZNYu75 https://t.co/v7Jd4Cc8Di
View on Twitter

Ocean Decade Heritage Network Retweeted · UN Ocean Decade @UNOceanDecade
02/11/2021 at 12:05pm
Join us to celebrate the International Day of Women and Girls in Science! This event will highlight the importance of inclusivity for capacity development in the #OceanDecade. 🐋 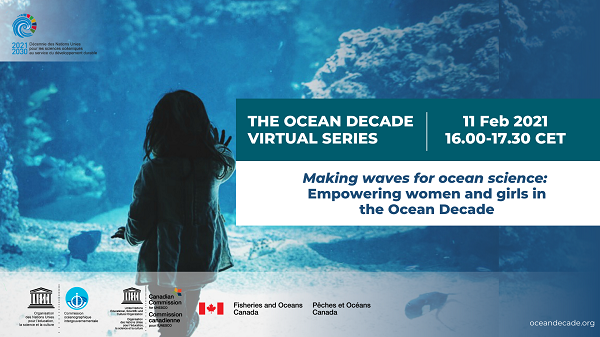 Ocean Decade Heritage Network Retweeted · IOC-UNESCO @IocUnesco
02/11/2021 at 12:04pm
[ #womeninscienceday] 🌊 On average, only 39% of ocean science researchers worldwide are female, the #GOSR2020 found. This International Day of #WomenInScience, we urge to act for #genderequality in ocean science, for a more equal future. 👉GOSR portal: https://t.co/jipixfCAnZ https://t.co/4mPXZRYTym
View on Twitter 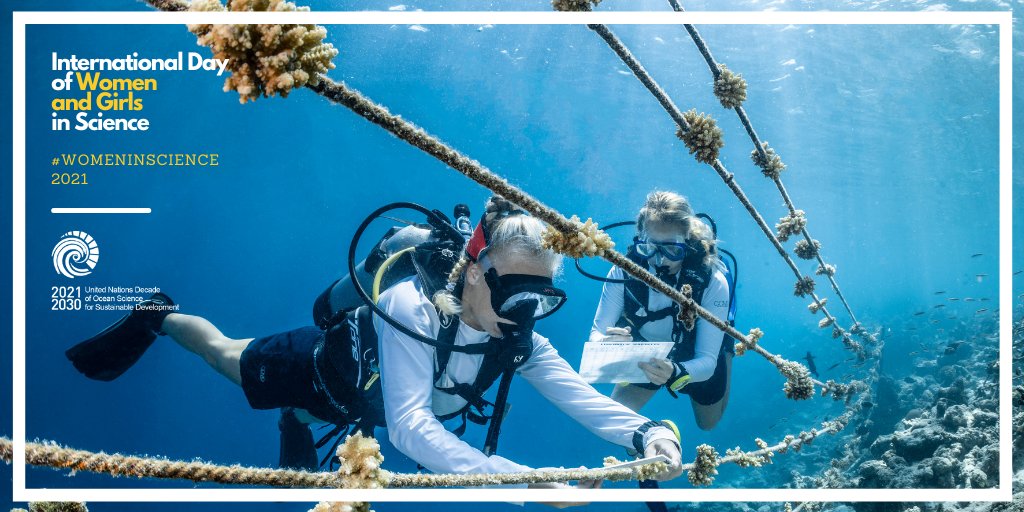